29 Sep Aortyx, winner of Àlex Casta Awards to the best pitch of the Catalan Bioregion 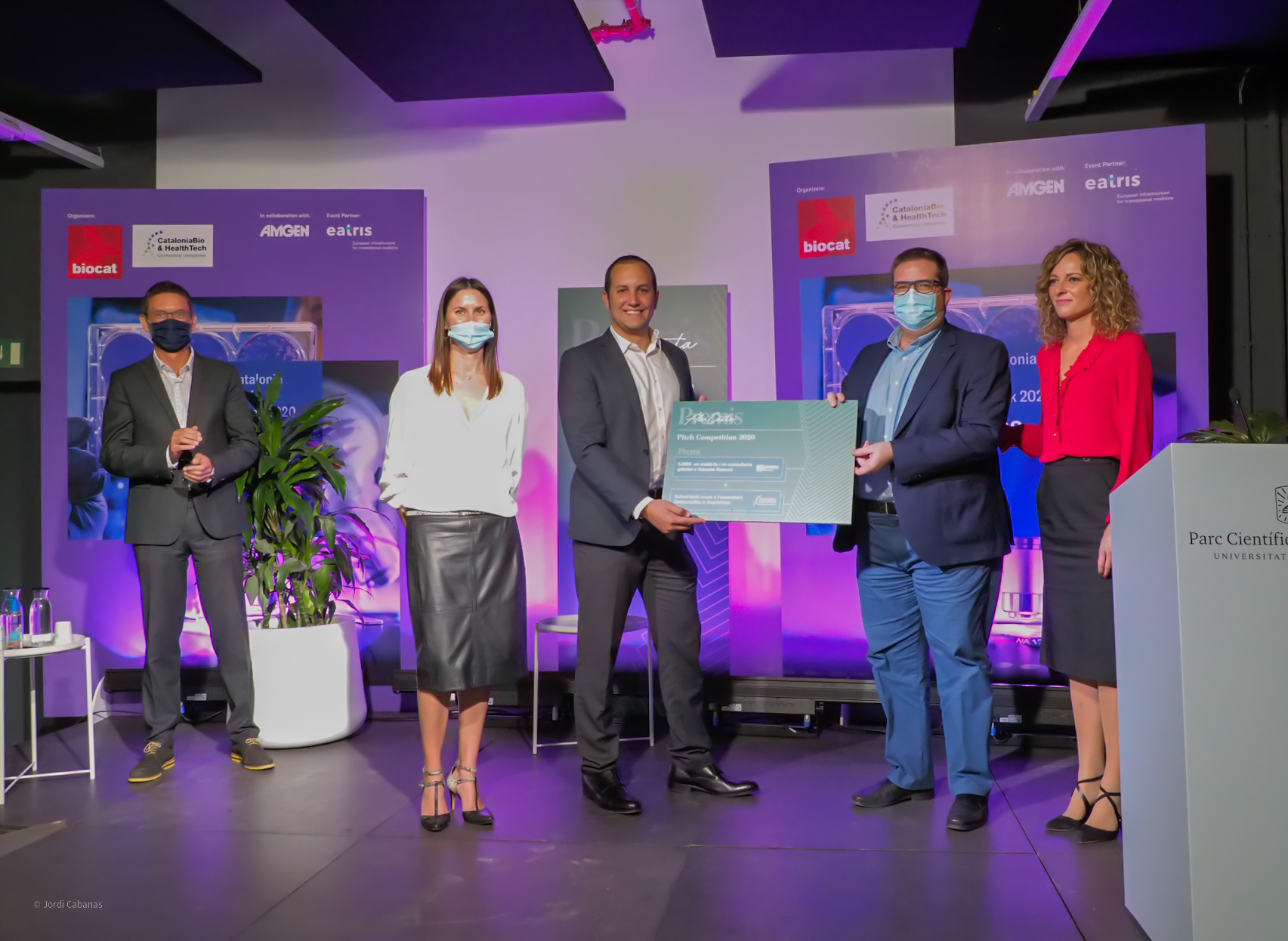 The award, sponsored by GENESIS Biomed, has been introduced in the presentation of the Biocat Report. Despite the Covid-19 pandemic, 2020 has seen a new record of investment for Catalan health start-ups, which have raised 120M €

Aortyx has been the most voted start-up by the (online) audience in the final of the Àlex Casta Awards as the best pitch of the Catalan Bioregion. Founded and leaded by Jordi Martorell (read our recent interview with him) the start-up will receive 2,5K in cash and 2,5K in consultancy services with GENESIS Biomed, sponsor of the award, as well as a commemorative trophy given by UPF Ventures and one year free subscription to Catalonia Bio & HealthTech .

Àlex wife and journalist Cristina Riba has thanked the support received from Àlex friends and the life sciences ecosystem after Àlex death and she has remembered some qualities that defined him: hard work, perseverance, effort, passion for the life sciences, innovation, entrepreneurship and a collaborative attitude.

Josep Lluís Falcó, CEO and founder at GENESIS Biomed, said: “It is an honour for us to participate in the Àlex Casta Awards. It is a necessary recognition to the great professional and human being that Àlex was. His genius and generosity will always be remembered in the sector. Alex was also my best friend. On the other hand, we are specially satisfied with the positive data about the sector in Catalonia. In GENESIS Biomed we will keep working to consolidate healthcare innovation as a driver for growth, especially in the difficult moment that we are living due to the Covid-19 pandemic, which has impacted many companies.”

The other finalists were ABLE Human Motion, Aortyx, Glycardial, Ona Therapeutics y Pebble Analytics. The Àlex Casta awards are an initiative of the Catalan life sciences and healthcare ecosystem in memory of Àlex Casta, a recognised professional in the sector that died in December 2018.

In the same event -streamed live-, the presentation of the Biocat Report showed very positive data for the sector in Catalonia. The report was introduced by Biocat’s General Manager Jordi Naval and Catalonia Bio & HealthTech President Judit Anido. The event was opened by the President of Catalonia Quim Torra.

The main investment came from venture capital, that provided 80,2M € (a 46,3% increase compared to 2019), and one in four rounds had foreign investments, mainly from Europe and the US.

The life sciences sector accounts for 7,3% of GDP in Catalonia and employs 230.000 people. Since 2016 Catalonia has been the region in Southern Europe with the highest foreign investment (according to Finantial Times fDi Markets database). The major transactions were at Ona Therapeutics (30M €), Oryzon (20M €) in biotech; NEOS Surgery in medtech (4M €) and Qida in digital health (3,6M€).

While biotech and medtech have seen the highest investment, digital health is the fastest growing area since 2010. From 2014 to 2019 the number of new companies have doubled, reaching 180 companies in 2019. Investment in digital health has multiplied for more than three from 2016 to 2019, going from 5,1M € to 18,8M €. As Jordi Naval pointed, it is a flourishing area in the region: “every week a new digital health start-up is created in Catalonia.”

Biocat’s report shows the top-quality level of research in the region and the high number of clinical studies: Catalonia is the 7th European region in number of studies and the 13th at a global level, with 776 active studies in 2019. Since the outbreak of the Covid-19 pandemic Catalonia has launched 82 clinical studies related to the disease, more than half of the studies carried out in Spain (159).

Judit Anido believes that “the sector’s success is based on a model of excellence, education, entrepreneurship and innovation. We must act to keep our position in the European ranking of regional innovation”. With this goal, Biocat and Catalonia Bio & HealthTech propose a series of improvement actions in the following areas: technology transfer -increasing incentives to push innovation-; talent development -focusing on female talent-; mobilisation of capital and attraction of investment -encouraging the creation of public-private funds-; adoption of new technologies by the public health system; and business consolidation -boosting local companies and the collaboration between business and technological centres. 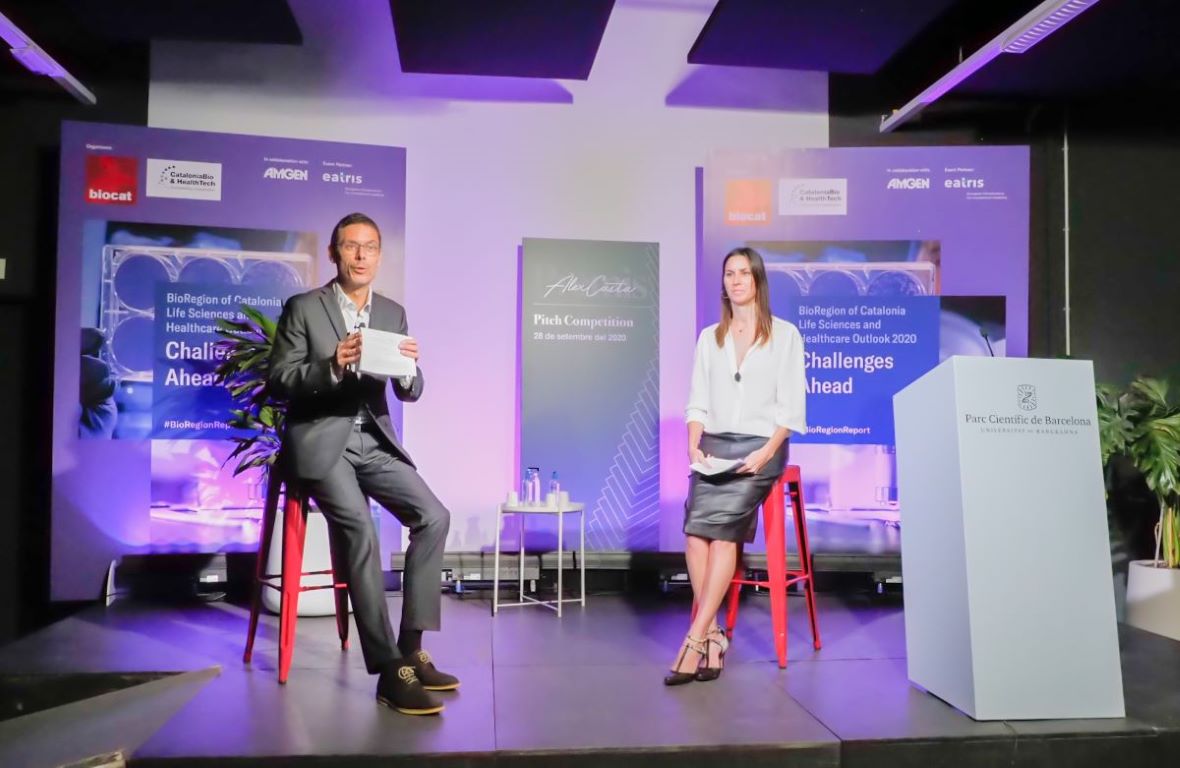 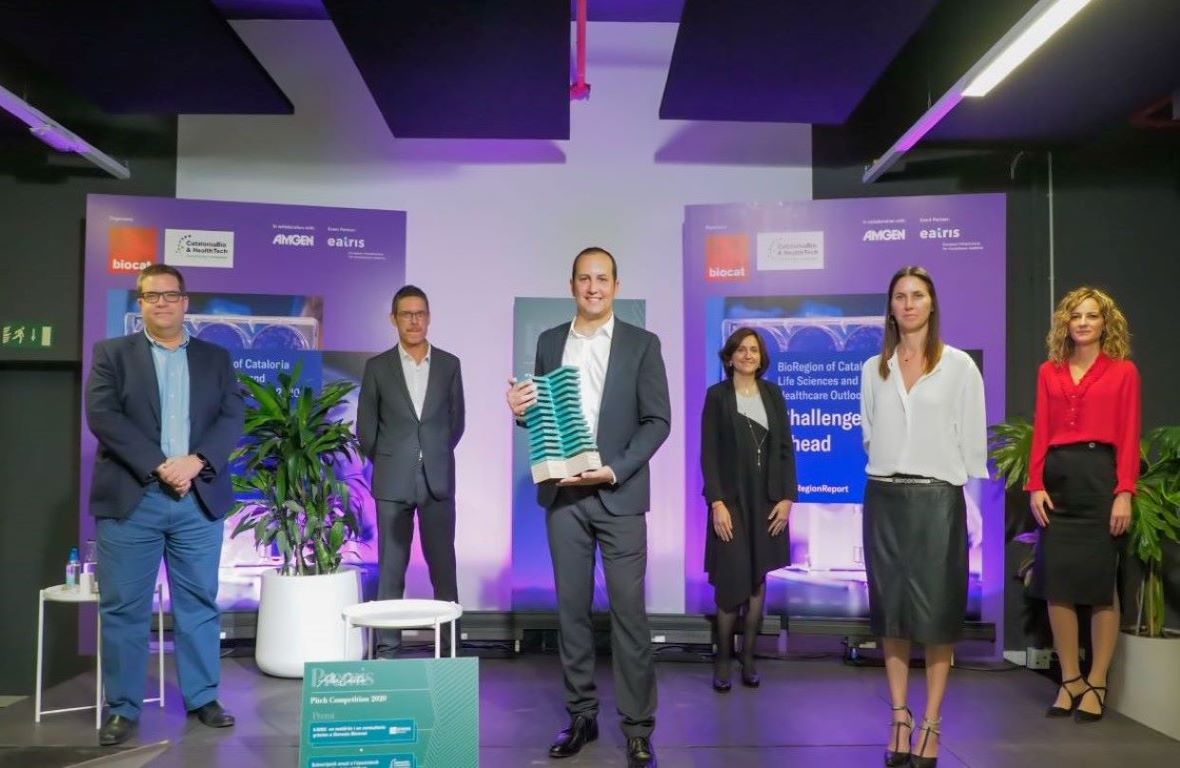