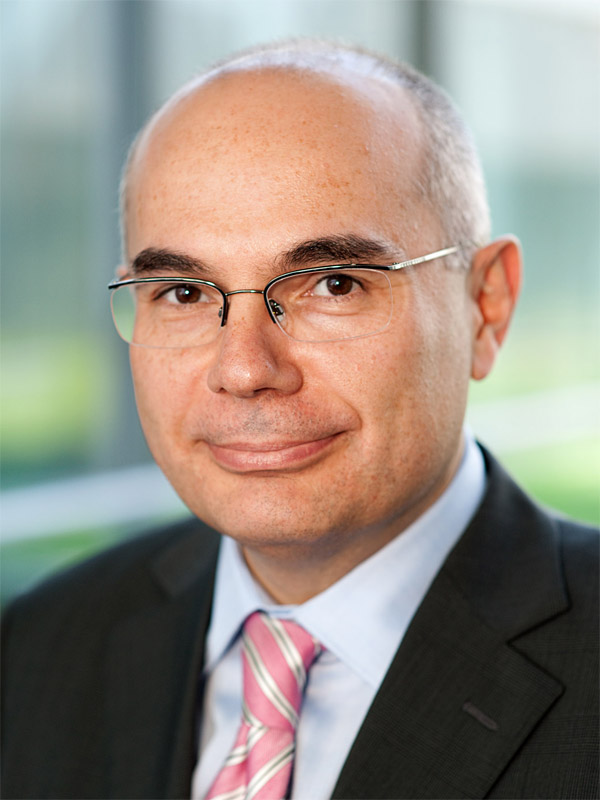 Chirman of the Board – Expert in Oncology

Head of the Department of Medical Ongology in Vall d’Hebrón University Hospital; Director of the Vall d’Hebrón Research Institute in Oncology.

Dr. Tabernero is responsible of the Unit of Cancer Molecular Therapy in Vall d’Hebrón Hospital. Member of the Committee of Tumours in Vall d’Hebrón Hospital from its creation. Actively involved in translational research and new antineoplastic drugs pharmacokinetic and pharmacodynamic studies. He is professor of Medicine at the Universitat Autònoma de Barcelona.

President of the Spanish Society of Oncology during 2018-2019. He is member of the Directive Committee of the European Society for Medical Oncology and the American Society of Clinical Oncology. He belongs to the Editorial Board of the main oncology journals. He has received several awards, including the Prize for Scientific and Research Career awarded by the Catalan and Balearic Medical Sciences Academy, and is co-author for over 470 international scientific papers with an impact average impact factor of 11,176 and an H index of 82.

His clinical and research work is focussed on antimicrobial resistance mechanisms, antimicrobial susceptibility testing, respiratory tract infections (mainly in cystic fibrosis patients), and interplay of clonal epidemiology and resistance. He has published more than 440 articles in medical journals and 50 chapters in teaching books.

Full Professor of Cardiovascular Medicine at the Complutense University (UCM); Chairman of the Department of Cardiology in the University Hospital Gregorio Marañón of Madrid; Scientific Director of the Spanish Network Centre for Cardiovascular Research (CIBERCV).

Prof. Fernández-Avilés leads one of the biggest and most productive groups of Spanish Medicine and, as Scientific Director of the CIBERCV, coordinates the best basic and clinical cardiovascular research groups of Spain. Together with his institutional and organizational responsibilities, he combines an intense clinical and academic activity. His research focuses on the protection and regeneration of the damaged myocardium. He has received several awards and has published more than 700 articles in scientific journals, abstracts and book chapters, with a total impact factor of 1703.02, a cumulative citation index of 13727 and a H index of 42.

He actively participates in various national and international public and private organizations as an expert on the planning and the assessment of medical care, teaching and research activity. He is Fellow of the American College of Cardiology, the American Heart Association and the European Society of Cardiology and belongs to the Editorial Board of the main cardiovascular international journals.

Dr. Ginès is a founding and current member of International Research Consortiums such as the EASL CLIF Consortium and LIVERSCREEN Consortium. He participates as reviewer for several national and international Evaluation Boards and has been Visiting Professor in medical schools located in Europe and the Americas.

Dr. Molinuevo is a member of the European Alzheimer Disease Consortium, of the dementia panel for the European Association of Neurology, of the Alzheimer Biomarker Standarization Initiative (ABSI), the Spanish coordinator of the BIOMARKAPD of the Joint Programming on Neurodegenerative Diseases, partner of several Innovative Medicine Initiative consortiums and part of the AD International Working Group, Subjective Cognitive Decline Initiative (SCD-I) Working Group and the NIA-AA network for developing new research criteria. He directed the Alzheimer’s disease and other cognitive disorders unit at the Hospital Clinic de Barcelona from 2003 to 2016. He is principal investigator of multiple clinical trials and research studies on AD and, with an h-index of 53, he has published over 280 international scientific papers that have been cited 11000+ times, several books and over 20 book chapters on neurodegenerative diseases. He has been part of the board of directors of the Spanish Neurological Society from 2000-2002, has coordinated the dementia scientific group from 2006-2008 and awarded with the 2010 AD scientific prize of the Spanish Neurological Society.

Prof. Simó is the Coordinator of the European Consortium for the Early Treatment of Diabetic Retinopathy (EUROCONDOR). This consortium has been funded by the EC for developing the first clinical trial using neuroprotective agents topically administered to prevent or arrest the development of diabetic retinopathy. In addition, Prof. Simó is the Diabetologist of Expert Committee on Diabetic Retinopathy and Vascular Diseases of the EVICR.net (European Vision Clinical Research).

Prof. Simó is the current President of the European Association for the Study of Diabetes-Eye complications (EASD-ec), and renowned worldwide for his contributions to the pathophysiology of diabetic complications, in particular diabetic retinopathy. Prof. Simó has received several awards for his scientific and research career and has authored over 250 articles related to diabetes which have been published in high-profile peer-reviewed journals (Hirsh index: 49), besides 14 book chapters. He has participated in 25 research projects related to diabetic retinopathy and in 38 projects related to clinical diabetes.